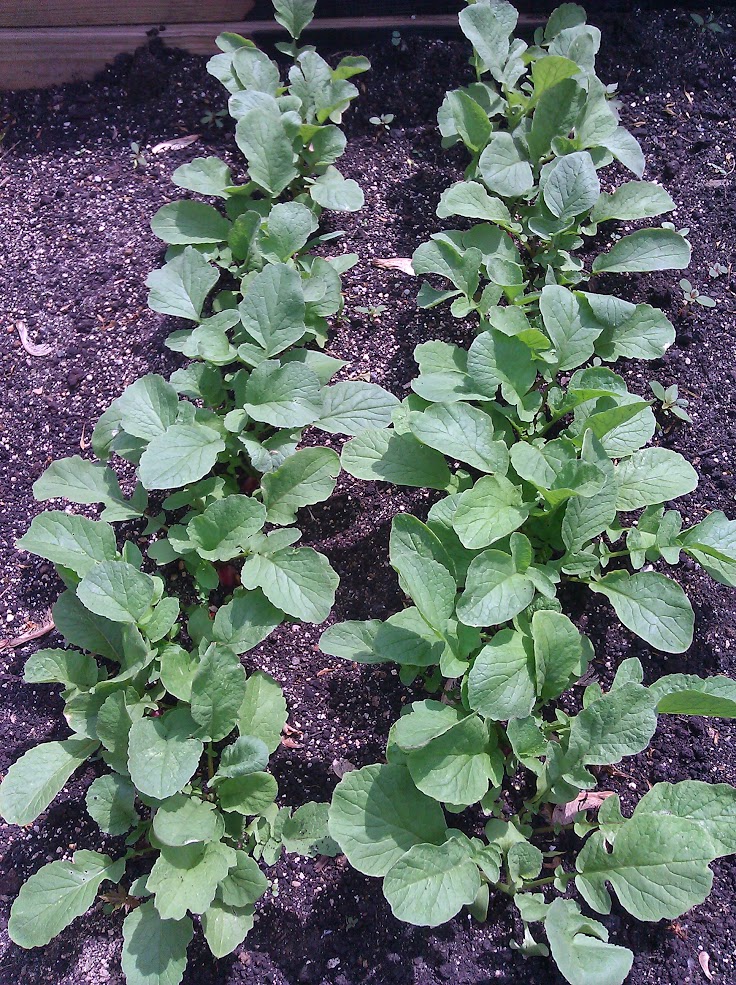 Last year I planted beans and peas (among other things). I gave each plant it’s very own pole to climb up. I spaced them out neatly and was sure that I would have an orderly harvest at the end of the year. Oh how wrong I was. The peas and beans rejected my poles and climbed each other instead. This made for a very low harvest in the peas – we managed one meal of peas. The beans… well… I have no idea which pods were from which plants. Consequently many of them were picked at the wrong stage of ripeness. I don’t know which ones I liked or anything. It was a tangled mess.

This year, I decided to give the beans and peas something else to climb – a fence. I had to make it myself (with the help of Sweetie and a friend), because it would be too expensive to buy something pre-made, and I doubt that they would make what I wanted. Anyway, I made the fence right down the middle of the bed. I also learned that some of the beans that I planted last year aren’t climbers. So now I have the bed set up with peas on one side of the fence, climbing beans on the other, the ground beans around the outside.

You know what? They like it. The climbers are climbing the fence. The peas on one side and beans on the other – well not so much. They are poking through. But I think that it will be just fine. I can tell the difference between beans and peas.