Here I am again, enthralled by the Flash Fiction Challenge given by Chuck Wendig. This week he wanted us to write about the end of a long journey. The idea came quick, but took some time to winnow down to the 1,479 words you see here. 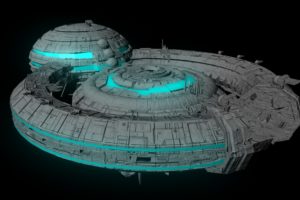 Margot pushed her way through the crowded halls. It wouldn’t be so bad, if the people newly awakened could keep their balance. She shouldn’t be surprised. They’d been asleep longer than she’d been alive. Of course they forgot things like how to walk. It also didn’t help that the manual for waking them up emphasized the importance of getting exercise. The gyms on decks four, five and six were open and functional now, and as overcrowded as the rest of the ship.

She bounced off a young man to get to the door to the bridge. It didn’t open just because she was standing there. Of course not, that would just encourage the colonists to spread into the working sections of the ship. She punched in her personal ID and stood still for the system to recognize her. The door swished open and she rushed to get in before it closed again.

The whole crew had taken up the habit of standing just inside the crew doors and breathing for a moment before going about their business since the colonists began waking up.

“The hydroponics are up to full capacity.” Charity tapped at her tablet and the charts appeared on the main screen. “We’ve added more edibles to the mix which is limiting the oxygen production, but we are still well within standards and the caloric intake of the colonists is also now up to standard.”

The charts looked a lot like Margot’s report. They weren’t as ready as they thought they were when the colonists first started waking, but they knew their jobs and the ship and were quick to remedy the situation. Now if they could be just as quick to get all these extra people off the ship and onto their chosen planet Margot would be happy.

“And we’ll be able to maintain that?” the captain asked.

Charity looked up. “I believe so, at least until we’re able to deliver.”

The Captain nodded and turned her attention to Margot. “Come away from the door. Everyone is coming to report soon.”

Margot stepped further into the small bridge. Once upon a time, she’d hated coming to the bridge. It was a small room lined with work station and always had at least five people in it. The most crowded place on the whole ship except the viewing theater on movie nights.

The door opened and the chief engineer all but fell across the threshold.

Right. She took a deep breath and sent her carts to the main viewer. “All pods have been accounted for. There are now one thousand, four hundred ninety seven colonists and two hundred ninety three crew on board.” She began.

“Three colonists were unrevivable.” Margot put those three up on the display. “The first was an elderly woman, significantly older than is safe for cryostasis. Records show that she accepted the danger and chose to join the colony anyway. The second was a five year old boy with medical issues. His parents also signed off on the dangers. The final one was a young woman, just twenty five standards, with no contra-indications. We’re still investigating the failure.”

“It’s sad, but we should be happy that there were only three failures. Have you informed the colony leaders?”

“The parents of the boy were present.” Margot shuddered at the memory. They could barely stand on their own to begin with, then had to watch as the monitors on their little boy remained flatlined. “I haven’t made time with the leaders about the other two.”

“Yes, Captain.” Margot sighed and looked at the door.

The head of nutrition services jumped through and turned back to glare at the crowded hall.

“Chief, we need you.” Reina poked her head into Margot’s office.

Margot bit back a snarl. She blanked her screen and followed Reina out to the clinic. Truthfully, she was glad to take a break from records review. Except, meeting with the colony leaders wasn’t much of a break.

“Tuvan,” Margot greeted the man who claimed leadership of the colony. She’d have preferred to meet with his partner, Amilee.

“Margot.” Tuvan’s lips curled up in the semblance of a smile. “I was hoping to learn more about our missing members.”

The clinic was filled with medical staff and colonists waiting to be cleared for travel to the planet surface. Margot was tempted to let Tuvan have it, right there in public. It would serve him right for pestering her daily about the three who didn’t survive. Other than making her feel better, it wouldn’t do either of them any good.

“Of course, please step into my office.”

“Is it that secret?” Tuvan’s smile slipped.

“Not particularly, but let’s not disturb—”

“Then let us all hear what you have to say.” He gave a broad gesture around the room.

Margot nodded. She didn’t like that he was making her a political pawn in whatever games they were playing. If he wanted his people to hear her dress him down for being stupid then so be it.

“Their status hasn’t changed since yesterday.” Margot spoke clearly so everyone would hear. “They are dead. There is nothing more we can do for them. Now, if you don’t mind, my people should get back to making sure the rest of your people are healthy enough to travel to the surface.”

“Of course they are dead.” Tuvan dropped all pretense of friendship. “I’m more interested in knowing why they died. Have you even started an investigation into the causes of death?”

Margot took a deep breath to keep from screaming. “I’ve been more concerned with ensuring that the remaining one thousand, four hundred ninety seven of you don’t die on your way to your planet.”

“We’ll be arriving in orbit in just over two days and we’ve only managed to clear three hundred twenty one of you, and you aren’t one of them. So I suggest you spend your time in the gym or walking the halls until your next check, or you won’t be going to the surface with the first wave.” She handed the tablet back to Reina and walked back to her office. The captain would hear about this, so instead of throwing things at the wall, she sat down and wrote a report for the captain.

Margot caught the shuttle pilot just before the last of the colonists boarded. “I want you to be extra gentle this flight.”

“Right, no joy riding this time.” She winked and continued into the shuttle bay.

Margot stood back, tablet clutched to her chest, waiting to check off all the colonists. The last of them. Then the ship would be theirs again. She’d be able to breathe again.

“Good work.” Captain Jerrie stepped up beside Margot. “I should congratulate you.”

Margot took in the twinkle in the captain’s eye. “What for?”

“Oh, I know you wanted to. We all did.” The captain laughed. “You still took the brunt of it.”

A young woman who hadn’t noticed she was pregnant before going into Cryostasis. Margot worried about the state of the fetus, but it was still too small to detect any abnormalities. The woman herself was as healthy as she could hope for.

Margot checked her off and sent her into the shuttle.

“Are you finally going to let me join my people?” Tuvan demanded as he approached. “Or are you here to tell me to go back to the gym?”

Captain Jerrie took Margot’s tablet and looked it over. “Hmm…” She tapped at the screen moving randomly between records. “Says here you still have some work to do.”

The look on Tuvan’s face was priceless. His eyes really did grow to be bigger than his face while his jaw dropped all the way to his chest. Still Margot took her tablet back and tapped back to the check list. “You were cleared, but just barely. I’d tell you to take it easy down there, but I know you won’t listen.”

Tuvan snapped his mouth shut. “I’d like to register a complaint about—”

“My chief medical officer.” Captain Jerrie grinned. “Sure, but I’d think you should get on the last shuttle.”

“Captain!” Margot chided. “If you don’t stop we’ll be stuck with him.”

Tuvan scowled but moved on, just in time for the last three colonists to arrive. Youths too small to help with the construction. Margot smiled as she checked them off. The shuttle doors and airlock were sealed.

Margot nodded. “Happy to have the ship back though.”