Welcome to another installment of Author to Author. Today I have the pleasure of chatting with Shannon Leigh Rivera. Shannon writes Young Adult and New Adult stories. Her story Selkie is available in the Seven Deadly Sins: Envy and Lady of the East appears in the Seven Deadly Sins: Glottony. Both are available on Amazon. Her novel, Of Rebels and Ruin, will be out late in 2017.

Thank you so much for your time. I want to start by getting to know you just a bit. What were you like as a child?
I was an extroverted-introvert. I was the tomboy with lots of friends who were boys (not to be confused with boyfriends). I lived in the library most of the time, when I wasn’t playing music or hanging out with my small circle of friends. Life was always better when I was reading, so that is what I did with most of my time. I was also super inquisitive and asked ‘why’ a lot. It helps me in my writing today, because I still ask ‘why’ when I design a character or plot a particular scene. I love to think about how things work and why people do things. That inquisitive nature has paid off for me as a writer.

I’m sure. Stories come from that place where we say “what if”. So do most of our other talents. What secret talent do you have?
I’m a pretty killer translator. I also did interrogation in the military. My kids might say I have a talent for finding out if people are lying to me. Must be from all my military training.
On a less scary note, I am a self-taught musician. Give me an instrument and I will master it.

Music and translations, you’re a woman after my own heart. I’m sure, you have people you look up to as well. If you could have dinner with three authors (living or dead), who would they be and why? 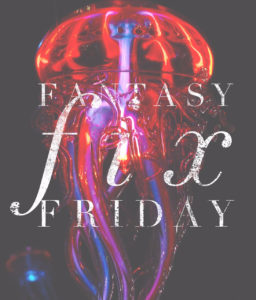 Ursula Le Guin, one of my all-time-favorite fantasy authors. She was and is one of the best female fantasy authors (in my opinion) and I strive hard to create work of her caliber. I would also love to have dinner with J.R.R. Tolkien, because, well, he was a linguistic and literary genius. I love his world building as much as I adored his language creation. We would probably have the nerdiest dinner fest ever. My last dinner guest would have to be a more recent author, Juliet Marillier. She writes celtic fantasy and I simply adore her pacing, word choices, characters and world building, plot structures… everything I love about writing she excels at and it would be an honor to just be able to speak with her and pick her brain.
Honestly, this is a tough one because, like many other authors, I am an avid reader. I devour books and I am always looking for a new favorite read. There are just so many amazing classics and new modern choices, it is tough to narrow down to just three!!

Of course it’s hard, it wouldn’t be a test… I mean a good interview if it wasn’t. Anyway, enough about you, let’s talk about your writing. What can you tell us about your main character’s greatest weakness?
My main character in my R&R series is Talshae, an elven rebel, spy, assassin, and scholar. Her greatest weakness is also her greatest strength and that is her loyalty and sense of duty/honor. She becomes so fixated on making sure she remains loyal to those in power over her that it blinds her to truths that she would recognize if it wasn’t for her deep seeding need to remain steadfast. Honor and duty go hand and hand with this weakness/strength. It is an asset, if she is wise enough to know its limitations. Of course, she is more of an anti-hero in that regard because she isn’t sure. That makes her relatable, at least to most of us.

She sounds like a fun character to write. Now, you said you are a skilled translator. So, do you use your language skills in your writing? Are there terms in your book that readers might be unfamiliar with? Can you explain some of these?
I use a lot of Asian terminology as the Elven culture is based off of ancient Japanese and Chinese societies and their myth/legends. I don’t think I could give just one example in particular. Many of the names and locations are based off of places of legend or lore. My children are multi-racial and ethnically Asian (specifically Japanese, Chinese, and Filipino) so I made it important to incorporate their heritage into my stories. I wanted to break from the traditional European elven culture made famous by one of my favorite authors, J.R.R. Tolkien. 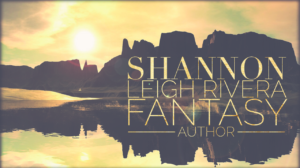 Shannon Leigh Rivera is a YA/NA fantasy author. When she isn’t teaching writing classes or home schooling her four children, she is writing serialized short stories for her fantasy blog. In addition, she is working on her first full-length novel, Of Rebels and Ruin, due out later 2017. Shannon is a graduate of Southern New Hampshire University’s Creative Writing program. She graduated Summa Cumme Laude in June of 2016, and plans on returning to finish her MFA in Creative Writing in the near future. For now, she is working on her own publications. Her work can be found in YA Seven Deadly Sins Anthology- Envy and Gluttony editions available on Amazon.com- and at shannonleighrivera.com.