Allow me to introduce you to Fanni Sütő, an author I’ve had the pleasure of working with recently. Fanni faces the unique challenge of writing across two languages, Hungarian and English. I am in total awe of her skills in her second language (and must admit, I can’t read in her first language). She has a short story collection, which she will be sharing her collection of bi-lingual short stories on her blog this month.

You can also find examples of her work here, here, and here.

Now, without further ado, I give you Fanni Sütő 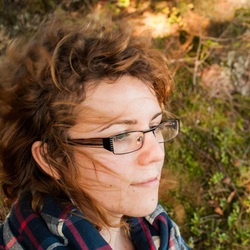 Where do you get your inspiration?

From anywhere and everywhere. I’m a strong believer in Pinterest boards and Spotify play lists. Sometimes our mind can get rusty or stuck if we only think verbally, so I get it kick started with images or tunes. I also love challenges and weird combinations I’ve written haikus about zombies or a version of Cinderella where the protagonist is a pumpkin. I also did a challenge week with a friend where we wrote flash fiction inspired by random pictures of the board game called Dixit. 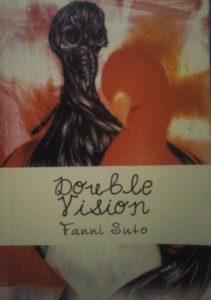 Do you model your characters on real life?

Sometimes. There is usually a character in every story who is a bit like me: the kind-hearted somewhat crazy one, the starry eyed bookworm or the frustrated writer. Then there are people in my life who enter the book in some form or another. Although usually they’re unrecognizable by the time I’m finished with them.

Who was your favorite author as a child? Do they influence your storytelling now?

I loved Philip Pullman, I still do. Not so much his Dark Material series everyone knows but the books about Sally Lockheart a very determined and intelligent girl who also did some detective work. I don’t think he influenced me directly but it’s true that I like to write strong female characters who don’t sit around waiting for Prince Charming to save them. 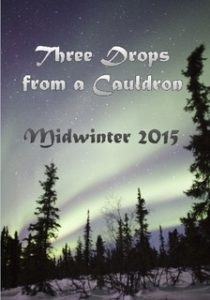 Yes. I have different play lists on Spotify for each of my w-i- ps ( I have a LOT of them) and the music helps me to get in the mood for writing. This way in the heat of NaNoWriMo I could tune out the outside world and concentrate only on the rhythm of the music. I had great sprints for Lord of the Dance, for example.

My novel is set in a version of London, so I did what Dickens did, I walked and discovered. I took part in at least five thematic walking tours and read some books inspired by the city.

Fanni Sütő is a writer, poet, dreamer who believes in fairy tales even if they are dark, disenchanted and deconstructed. She writes about everything which comes in her way or goes bump in the night. She has been published in Hungary, the US, the UK and Australia. She is very happy to do collaborations, art exchanges, cross-art projects, so if you’re interested in such things, please get in touch. You can follow Fanni on her website