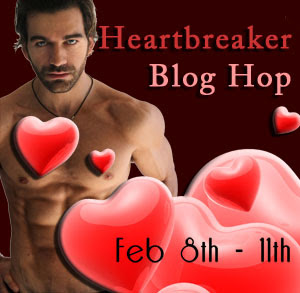 She looked up and there he was. Walking up to the other end of the bar – the perfect man. His dusty brown hair just long enough to get messy if she ran her hands through it and hanging like curtains around his deep dark eyes. His nose lead down from there to kissable lips surrounded by just the hint of stubble. She could feel those lips on her own from over here.

What good is kissing if you aren’t hugging too. He had the arms for that too. Muscled enough to lift her up if she needed or wanted it, but not so bulked that they weren’t arms anymore. Those arms came from shoulders just right for leaning on. His chest tapered from those perfect shoulders to a slender waist she could easily capture between her legs. Oh yes, she imagine that part too. His heat blending with hers on their way to the bed.

Her breath came in short shallow gasps. His lips found the nape of her neck while his hands supported her back. Her hands played with the contours of his chest. She moved one hand to the back of his head where she could play with his hair. She guided his lips down toward her cleavage. Her other hand found it’s way down to his butt. Yes his perfectly round butt that she could just see now that he’d turned to greet someone coming in.

His girlfriend, of course. That’s why the perfect man is one she keeps in her imagination. She ignored the other woman as she slid back into her fantasy.

Thank you for stopping by and now for the fun stuff – prizes.

Leave a comment for two chances to win. From me, one lucky commenter will receive a $10 gift card to Barnes and Noble. Every comment will also be entered into the grand prize drawing featuring: 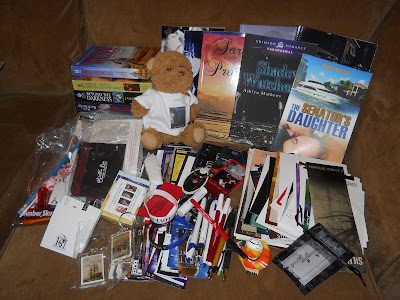