I know I haven’t been around much recently. I’ve been busy with my first Hearth and Forge story: Alley Cats 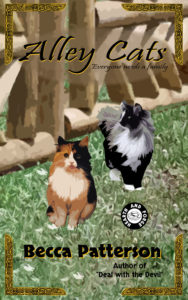 While on a mission to catch the squirrel who teased him through the window, Rowr’s people moved without him. Determined to find them, he stumbles, hungry and filthy, into a back alley owned by Maow, a queen with the desire to live alone.

Maow keeps the mouse population under control and the tom cats at bay in her alley. But there’s something about the pitiful kittypet who falls at her feet one night after a nasty rat bite.

How are these two supposed to get along when neither is what the other wants?

Maybe Bress can help with that. When he’s not dealing with the mishaps inside the Hearth and Forge and his wife’s fiery temperament. One poorly phrased comment could send him to the doghouse. Or in his case, the barn.

Alley Cats will be available for pre-order at a discounted price until April 30th. 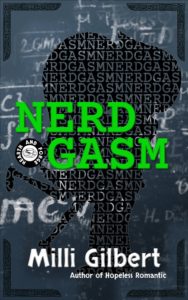 or An Honest Puck by Misty Carlisle. 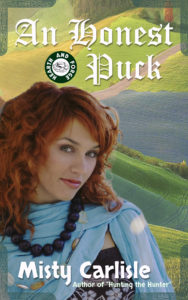