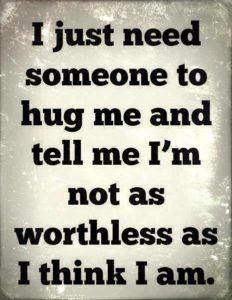 Today would normally be a day when I post a bit of flash fiction for you to enjoy, but I chose to post that on Monday and you can read it here. Today I want to talk about something that’s been popping up a lot in recent days.

The discrediting of minorities. I’m not sure what it is about this week that has made it so much more prominent in my social media streams, but it’s really hit me hard. From the way mainstream media felt the need to dig into the “troubled past” of Dr. Dao (United Airlines passenger who was brutally removed from the plane) to the completely botched situation at Odyssey Con (Monica Valentinelli withdrew because they didn’t listen to her concerns about Jim Frenkle). I’ve seen more stories about women leaving gaming, or at least leaving the community, because of the rampant harassment there. There’s a plethora of stories about Trans fold and non-binary people being harassed for no other reason than they don’t conform to the artificial binary culture (spoiler alert: the world is far to complicated for there to be a simple binary in anything).

I know. Tradition states that I should be linking to all these stories. I’m not going to. I don’t need to give the asshats of the world more attention than they already get.

My question for all of this is: Why is it so hard to be a decent human being?

Seriously? Why, when a woman complains about an abuser, do people rally around the abuser? When a person of color is roughed up by law enforcement, do we have to go digging for dirt? Is it that hard to admit that people are human and make mistakes?

The Pepsi ad. Heh. It was tasteless and tone deaf, but their intent was clear enough. They wanted to show their product bringing people together. Never mind that they whitewashed the situation and completely ignored the very real and entrenched dangers protesters have been fighting against. At least they had the decency to pull the ad when told it was offensive. (That might have been an economic decision since offensive ads suppress sales). But they still didn’t get it quite right.

The appropriate response when someone tells you “that’s offensive” is to say “sorry.” Pepsi didn’t. In fact they first tried to explain the obvious. At least they were quicker than United Airlines to see they weren’t going to win the argument.

United made numerous errors in their situation. The first being overbooking the flight (yes I know that’s industry standard but it’s still wrong). Essentially, they sold the same seats to multiple people and gambled that enough wouldn’t show up. Well that didn’t work out. So they did the next industry standard thing of seeking volunteers to switch flights. A nice offer of $400 and a hotel stay. That didn’t get enough, so they upped it to $800. Still not enough takers.

Now they could have done as I’ve seen other airlines do and sweeten the deal until they got the volunteers. I once took that deal when it reached $1000 and a first class flight the next day with hotel and meals for the delay. Instead they decided that since regulations allowed it, they’d choose people at random and force them off the flight.

Dr. Dao didn’t accept this and paid a heavy price for his decision. A price, I might add, that shouldn’t be legal. United is also paying a price for their decision to involve airport security (a group who’ve become intoxicated on their power). Dr. Dao should (and I hope he will) sew the pants off United for this. All the parents of traumatized children on that flight should also demand compensation for the mental health of their children. But that’s not the part that’s going to hurt. Social media has lambasted United the way only social media can. With memes and videos of the incident, and doctored ads showing the lies United tells about their friendly service.

Now add mainstream media and Dr. Dao’s “troubled past.” It’s bad enough that United stood behind their decision saying it was the only thing they could do (see social media for the list a mile long of other options they could have had if they’d just thought about it). Now, mainstream journalists are looking to find anything in Dr. Dao’s past that might justify him being beaten bloody. Not that there is anything in a person’s past, no matter how horrible, that would justify that.

That’s what we do. By “we” I mean the mainstream culture. “We” blame the victim. See, he was arrested once so it’s all OK. Law enforcement was justified in their brutality.

I call bullshit, too on the convention runners who should have known they were harboring a known abuser. Odyssey Con may have a pretty piece of paper with a sexual harassment policy all nicely laid out, but it’s worthless when they stand behind Jim Frenkel and claim they’ve not heard of him doing anything at Odyssey Con. Of course they haven’t heard, he was in the position to hear about any allegations of abuse. Do you really think he’d tell you about it even if anyone was brave enough to try to report their abuser to their abuser.

Let that sink in.

He was the one people were supposed to report to if they had a problem. He was the point of contact for Guests of Honor.

Worse than that, his history as an abuser was well publicized just a few years prior when scandal broke out at another convention in the same city. It was all over the community, and lost him his job with Tor. It got him banned not just from the convention where the scandal happened, but numerous other conventions took the preemptive step of banning him based on the allegations and evidence presented then. But Odyssey Con welcomed him onto their board.

It was that move that took Odyssey Con off my wish list of conventions I’d like to go to someday. And I’m not alone. So it came as no surprise to me that Monica Vallentinelli would have a similar view of him. She contacted the Con with her concerns. Unlike me, she’s had direct contact with Jim in the past. She presented those encounters as evidence that he was bad news and she didn’t feel safe in the same room as him. I can’t say I blame her.

The response of the convention boiled down to “It couldn’t have been that bad, he’s a nice guy and we don’t believe you.”

Monica then took the very brave step of announcing publicly that she would withdraw from the convention because of him. A big thank you to Monica for not making up an excuse. The board and conventioners need to know that this isn’t acceptable. After several more middle finger salutes to Monica and all the others who have reported Jim’s behavior (including publishing private emails without permission), the Odyssey Con board saw the light and has (so they claim) removed Jim from the convention.

It’s too late though. They’ve shown that their harassment policy isn’t worth the paper it’s printed on. It takes a huge public scandal and multiple reminders that they were willfully ignorant for them to get around to enforcing it. Sorry, but I won’t be attending Odyssey Con any time soon. Even if I do make it big. I certainly won’t consider an invitation to be a Guest of Honor for them.

These are just the stories I’ve been obsessing over. I’ve seen and let pass the publishing of more “White Saviour” stories in YA and Children’s lit. I’ve sighed over the stories of Trans men being denied benefits because “they aren’t really men”. I wish I had the energy to fight against all of these injustices and the many more that are out there, but I’m just one woman with opinions on the Internet. I’ll be donning my flame proof armor and prepping the block button now.