Another peek at how my brain works through a bit of flash fiction: 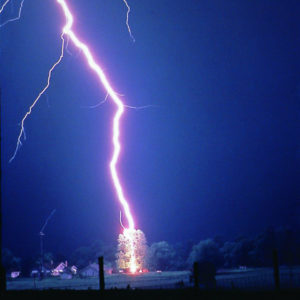 Storm
Have you ever sat and watched a storm from the safety of your bedroom? The way the lightning lights up the sky and for one brief second you can really see how the trees are dancing in the wind. It doesn’t matter if it’s day or night, the clouds are so thick you wouldn’t see the sun anyway.
That’s what she’s like.
Most people only focus on the ugly. The dark mood that surrounds her are like the storm clouds.
The way she’s bullied for it, well I can’t say that I blame her when they go flying. You’d think by now they’d have learned she doesn’t take that from anyone. No one should, she just has the skills to make it stick.
The other skill she has? Getting away with it.
Once, down in Jefferson park near the band shell, I saw what happened when the local gang of thug wannabes tried to chase her off. Now you have to understand, they were getting pretty close to being thugs. They were big guys. They had the attitude. All they were missing were the criminal records, and the cops were doing their best to fix that.
So there she was, just minding her own business. I think she might have been dancing, or trying to anyway. It’s hard to tell sometimes with the way her legs don’t quite match. So she’s never going to be a ballerina, I don’t think she cares. Anyway, she was on that patch of grass doing whatever it was when they came by.
The thug wannabes started with taunts.
Amateurs. She is the master of ignoring words. I knew it wouldn’t be long before they escalated, and I would have called the cops if they weren’t right there. In uniform.
The thugs sauntered over to her and tried to get in the way.
That didn’t work either. Somehow, she managed to sidestep them with grace. A flash of beauty right there. A moment when they should have been able to see clearly which way the wind was blowing.
One of them tried to grab her. He ended up on his back. I must have blinked because I didn’t see how it happened.
The other three got mad and rushed her. The cops were on the move, too.
This time, I saw it. She smiled as she leaned into their attack. It was just like the movies – the Kung Fu movies with wire work and all that only she was real. It took maybe ten seconds and the thugs were on the ground moaning and groaning. The cops took fifteen seconds to get to them.
They should have arrested her for fighting. Or at least held her off or something. They didn’t. They arrested the thugs and didn’t even talk to her.
She stood back and watched. When they were gone, she turned to me, as though she’d known I was there all along.
She smiled.